HAFJELL, Finally! The 9th of December we are back in business for the winter season!

We are happy to say that we are opening the resort. A bit later than what we had hoped for, but the cold weather was not on our side during late November. However, we had some really good snow production and low temperatures during the last weeks. This combined with natural snow, we will open on the 9th of December.

Several trails and lifts will open this weekend, please see map below for specifics. 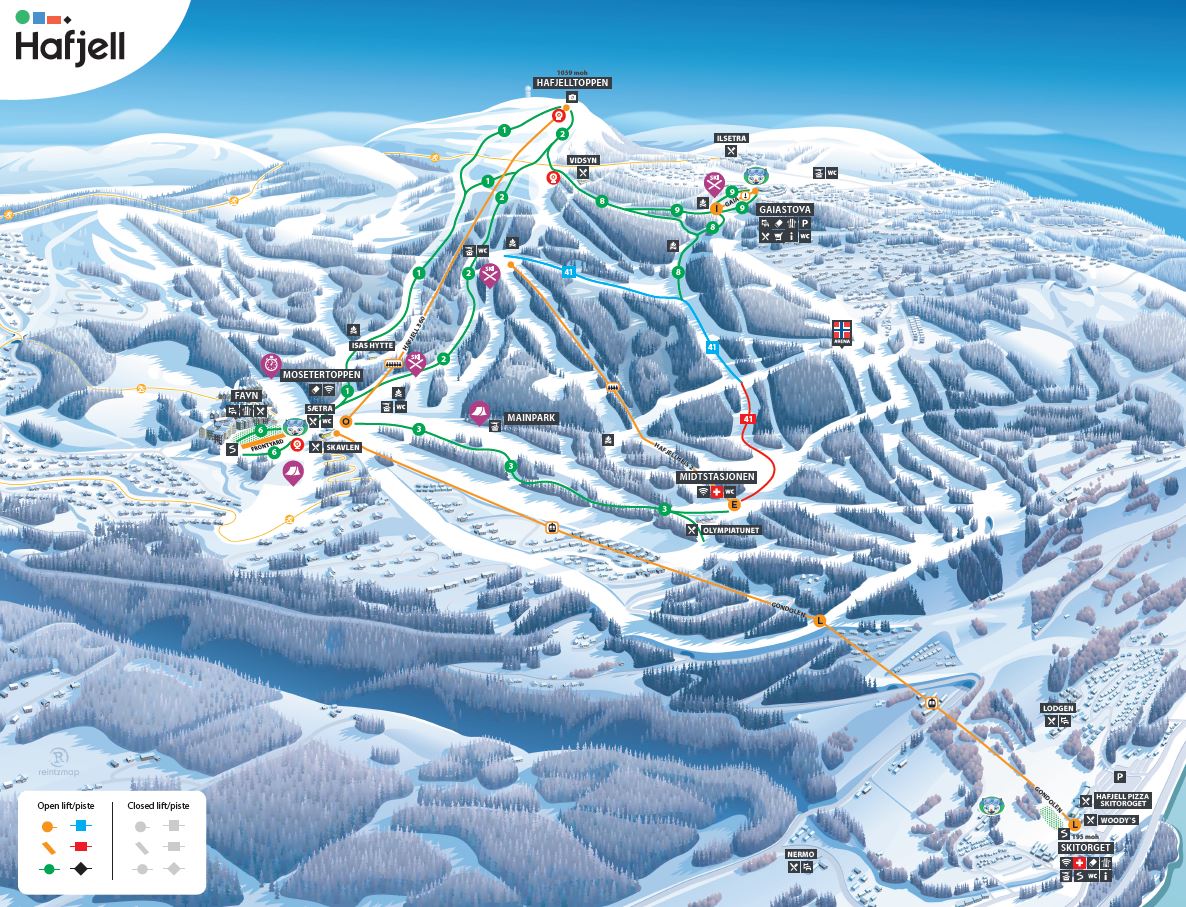 - Tracking machines and snow cannons are running round the clock to ensure a proper opening on Saturday, says department manager for snow in Hafjell Alpine Resort, Tore Grønn.

Initially, Hafjell was to open on the 27th of November, but due to an unusually mild November, the freezing temperatures were delayed. Now that they are finally in place the snow production is running full time.

- We had a really good, and still have, period with optimal conditions. That makes it is "easy" to produce snow, says Grønn.

Following restaurants are open on the 9th of December:

Slopes and lifts that open from the 4th of December: